In his book Non Places, Introduction to an Anthropology of Supermodernity, anthropologist Marc Augé writes: “The installations needed for the accelerated circulation of passengers and goods (high-speed roads and railways, interchanges, airports) are just as much non-places as the means of transport themselves, or the great commercial centres, or the extended transit camps where the planet’S refugees are parked.”

Airport is a non-place, a transient space that is nowhere and everywhere.

I have been to many airports around the world, among them there are a few I have been at so many times that almost feel like home to me. I remember them by their codes—ORD, JFK, LGA and HKG. I get the strange feeling of nostalgia whenever I’m at these airports. The more I go to these airports, the less I remember them as distinctive places. Looking at the photos I took at the airports, I sometimes have a hard time telling which is which. The places start to blend into one, into an idea of “airport” that only exists in my head.

I decided to draw out a fictional, psychogeographical map of the airport in my mind, made up of a collection of memories in the past 10 years. Then I imagined myself wandering in this fictional space for a whole day. What do I do? What route do I take? How do I feel? 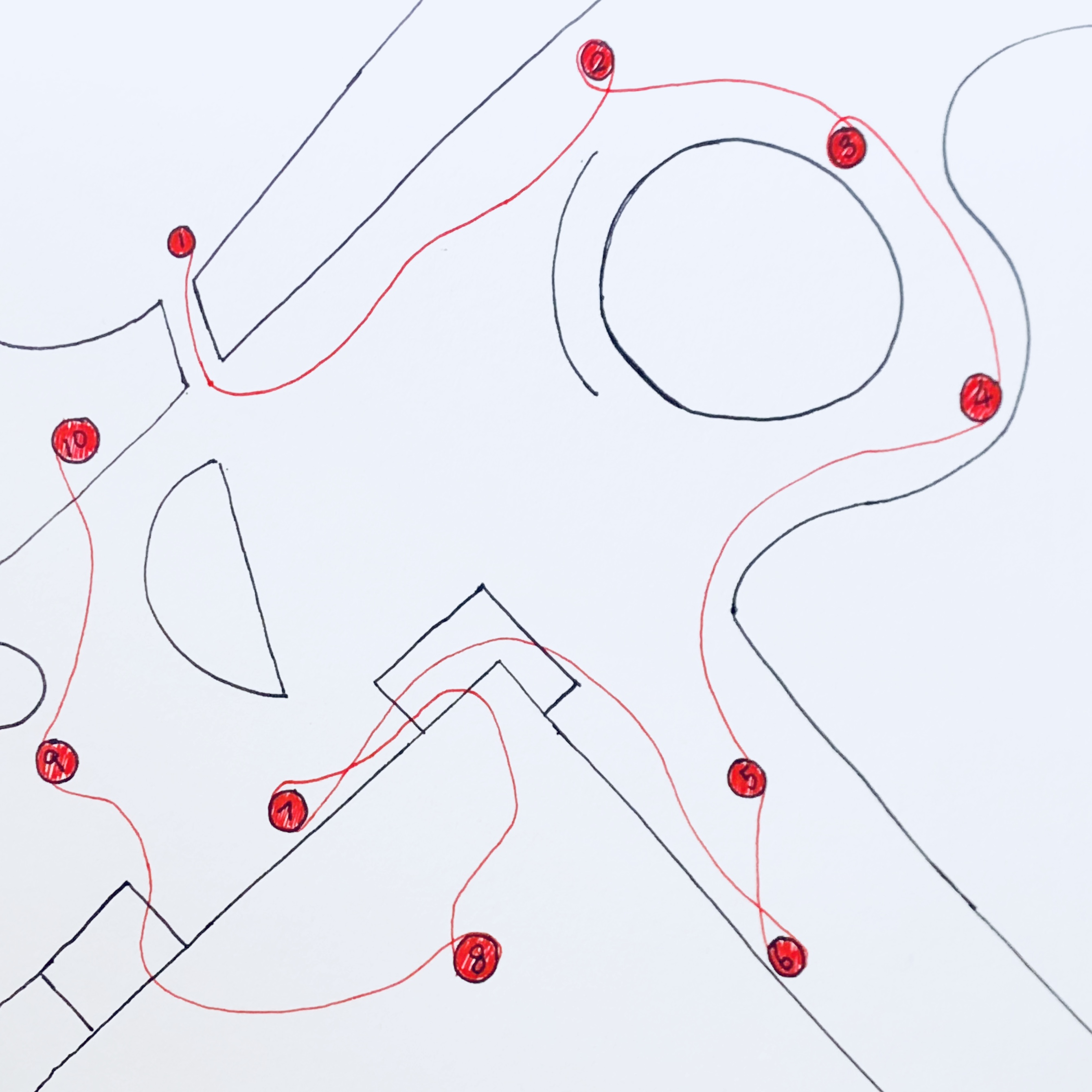