I worked with Tong Wu on the video portrait assignment. We created a room-sized installation called “Meeting the Machine in the Middle”. The name of the project is inspired by an interview with Brian Christian, in which he says:

Below is an image of the rules we set up before shooting the video for the installation. 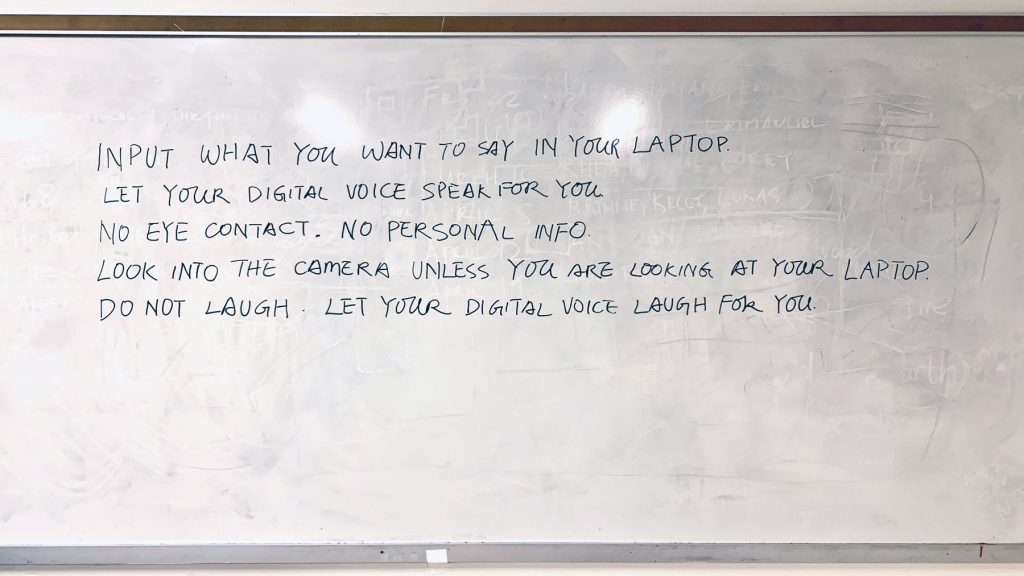