During my vacation in Hawaii, I visited the Honolulu Museum of Art. Utagawa Hiroshige’s paintings were on view so I went and took a look. At the end of Utagawa’s exhibition, two contemporary Japanese artists’ works were there to conclude the conversation about Urbanism, one of them was Yoshimura Ayako’s video piece, Places – a city. 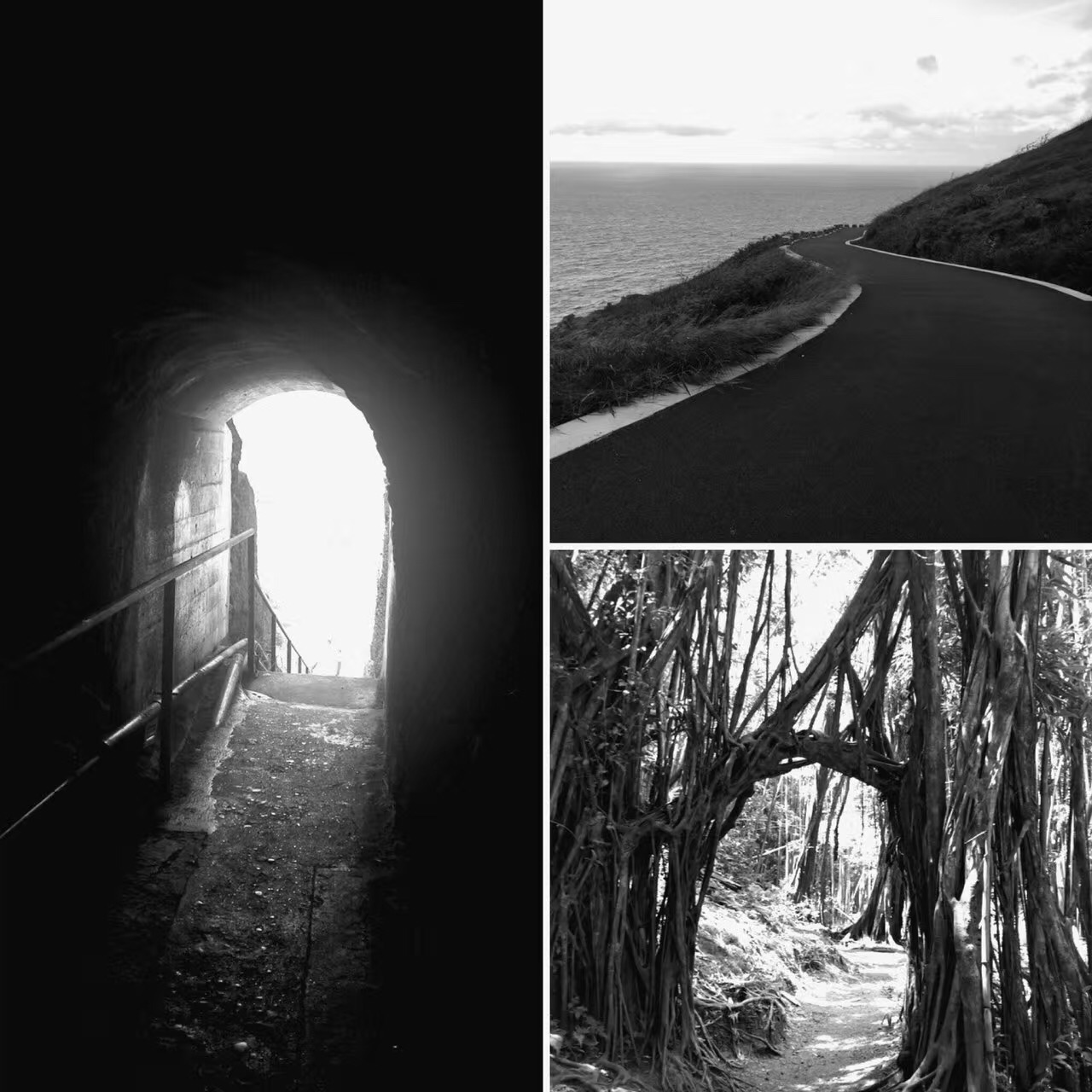 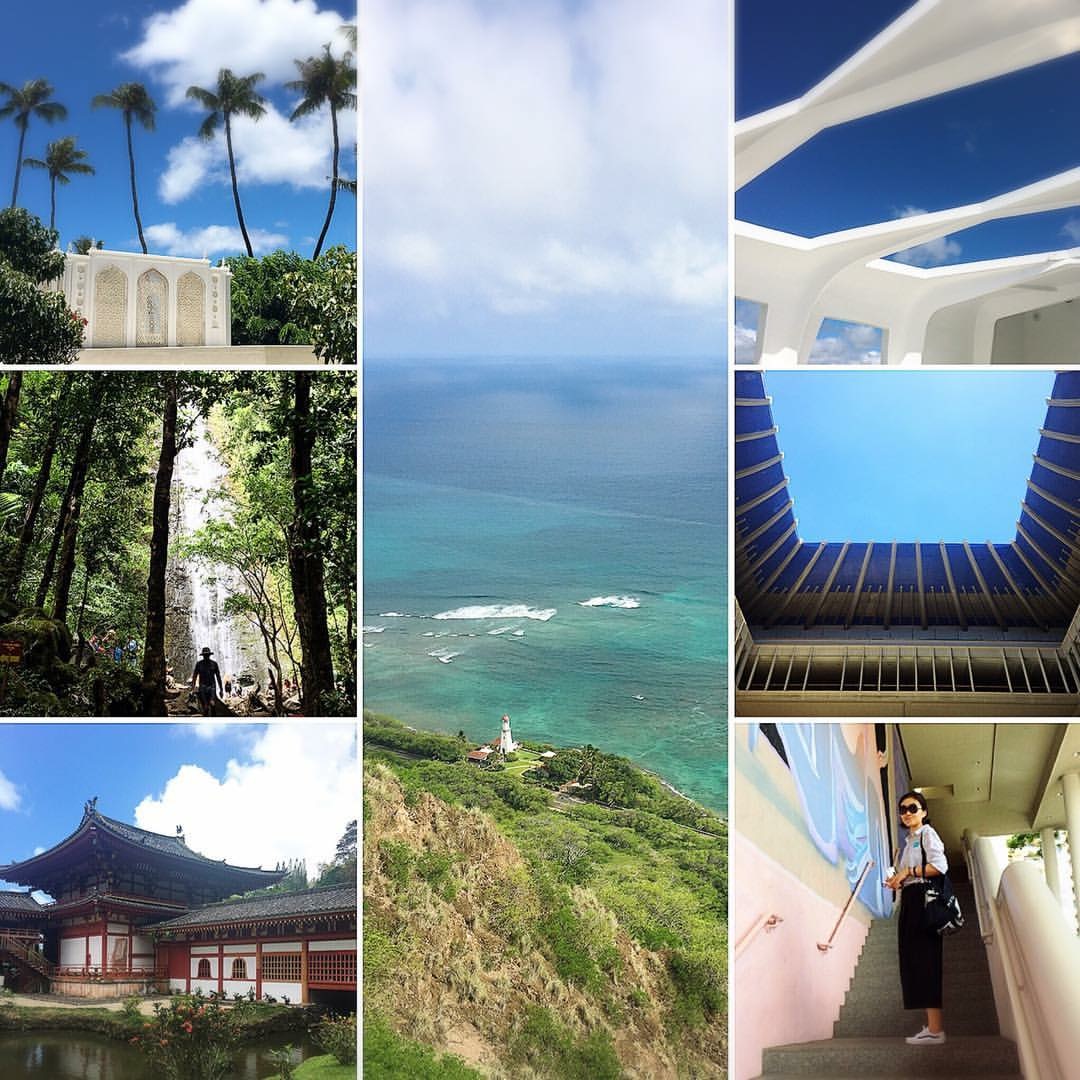 Pictures from my vacation

Places – a city is a 15-minute video loop “constructed from still photographs taken from observation points in 12 big cities in the world.”

You can view a 7-minute excerpt from the video here.

According to the artist, “all distinctive landmarks in each city, traffic and signs; the elements which a city identifies herself with and give one a sense of orientation, are erased. What occurs here is the loss of the site in favour of the bland grandeur of globalization.”

It’s a subject matter that I’m always interested in, cities and their architectures. I sit on the bench and watch the whole thing, and I have to say it’s strangely soothing watching a continuous loop of modern buildings stacked against each other.

Then I realize something is at odds with the artist’s statement. She states that all landmarks and identities are erased, however I can clearly identify New York City from the panorama. (And it’s not just because the Chrysler building is left in.) 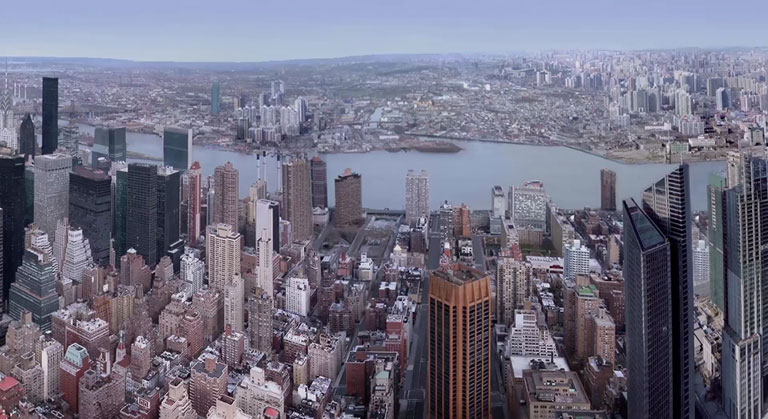 The Chrysler building can be seen at the top left corner from this still.

I live in New York so I’m familiar with its vibe, and seeing the Chrysler building confirms my assumption. But there’s something more to this. Compared to the other buildings presented in the video, New York’s buildings look much older in general. They have the characteristics of modern architecture developed earlier in the 20th century, while most of the other buildings look like they are built in the 80s or 90s.

I ask my friend to watch the clip and he soon discovers Tokyo and London. It becomes a fun game of identifying specific cities by calling out their unique characteristics from a seemingly nameless urban landscape. It’s like finding Waldo: the composition is dense, characters wear visually similar clothes and are almost unidentifiable, however if you look closely, you can still tell the difference. In this case, the characters are urban buildings, and the similar clothing is partly due to globalization, or modernism.

The artist implies in her statement the fading of local identities and the emergence of a global identity for any metropolis. The fact that after she deliberately erases most landmarks and signs, we can still get a sense of New York or Tokyo speaks for the opposite.

People shape architectures, not the other way around. Globalization has hit most parts of our planet, some earlier, others more recent. However, different people, different cultures, communities with varied histories have different interpretations of modern architecture.

Cities still have identities. As long as the people remain different, buildings are going to look different from city to city.