30 May “Monuments of Planet X” WIP II: Creating the Video

Posted at 21:41h in Art, Multimedia, Work in Porgress by carrie7l 0 Comments

I’m partnering up with product designer/artist Lifan, to create a multimedia installation for Wavelength, a group exhibit that’s happening 6/25 – 6/29 at Untitled Space. I’m in charge of the video projection and Lifan will work more on the physical installation.

Man stands face to face with the irrational. He feels within him his longing for happiness and for reason. The absurd is born of this confrontation between the human need and the unreasonable silence of the world.

― Albert Camus, The Myth of Sisyphus and Other Essays

My goal is to create Google Earth tour videos of geometric monuments placed on serene landscapes. The idea is to juxtapose the human longing for rules and reason against the unavoidable explosion of the irrational and the absurd. The orderly and rational will be represented by geometric monuments created based on Platonic solids; while the irrational and chaotic can be manifested in a few different ways: 01 the twisting and alteration of the geometric shapes / 02 the other worldly landscapes / 03 soundtracks of emotional human events to accompany and contrast the relatively quiet and peaceful visuals.

Later I will find that the end result is not going to be that clear and simple as I stated above. For instance, the soundtrack itself will be an entity that embodies both regularity and bursts of chaos; and The element of surprise, things that are not 100% under my control, turns out to be the most exciting part of this project. 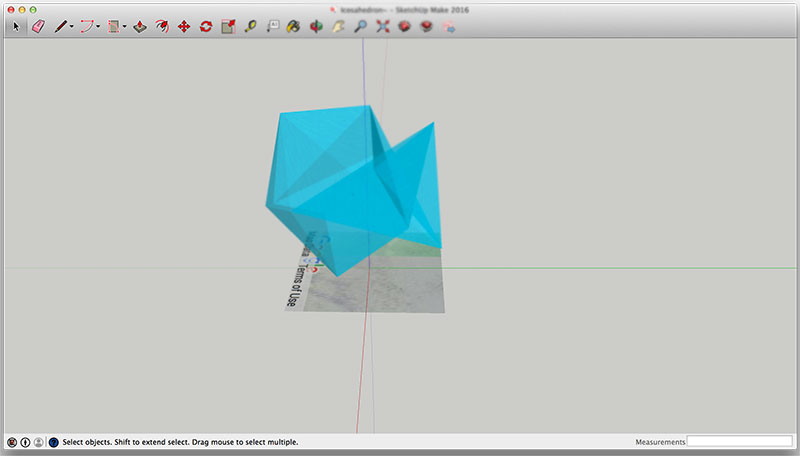 I never used Sketchup before, but words from friends and co-workers who use it daily are encouraging. Apparently Sketchup is not the most difficult software to learn and considering my purpose being relatively simple, there is no reason why I couldn’t just watch a few 101 videos and dive into it.

The interface is quite intuitive. And the best part is that you can import geo-data from Google Earth into Sketchup to create the 3-D models onsite. 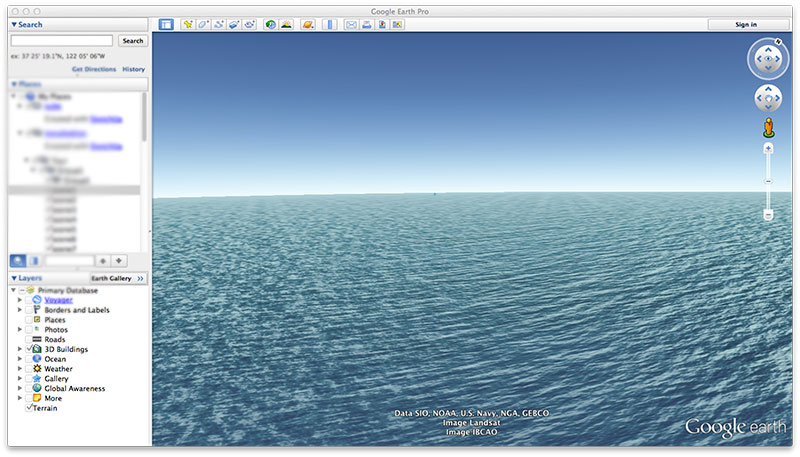 Google Earth Pro (used to be a few hundred bucks) was made free in 2015. With the pro version, I am able to import my 3-D models accurately into the places of my choice, and record tour videos using the “Movie Maker” function.

The biggest challenge is to set the video scenes in the right places and camera angles so the movements from one scene to the next make sense. There’re limitations to what animations Google earth can perform. For example, there isn’t an option to rotate around a fixed point. I wonder if I learn more about KML coding, I will be able to create more dynamic animations with Google Earth. Unfortunately, given the tight deadline of this project, I won’t be able to learn a new coding language and create anything great. However, I will put KML on my to do list and explore how I can use it to my benefits. 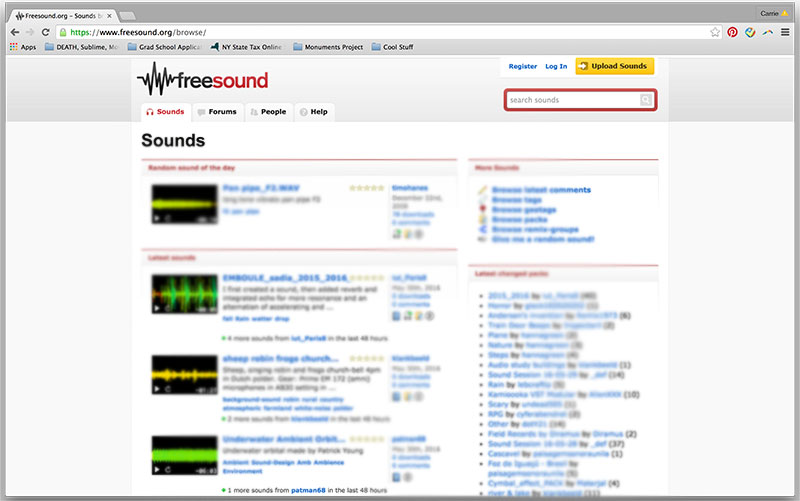 It’s just amazing how many free resources are out there. Thanks to wonderful people that are willing to share under the Creative Commons license, I can create my soundtracks by altering and mixing found audio recordings online. 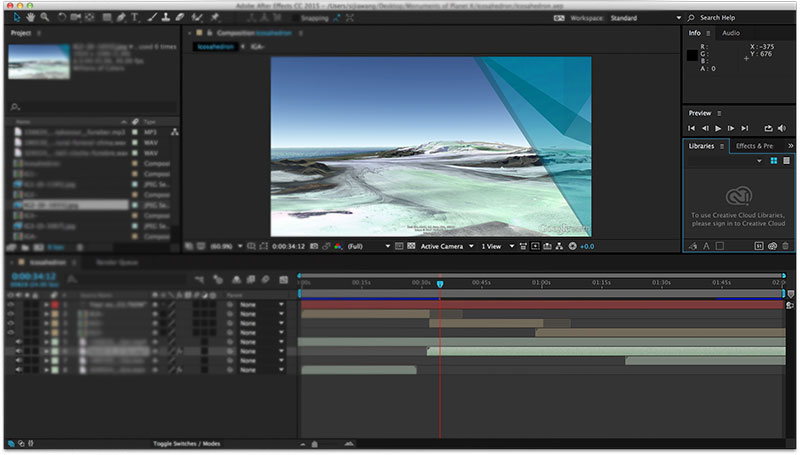 I’m using After Effects to edit the video simply because it happens to be the video/animation editing tool that I’m most familiar with. It’s not the greatest software for editing audio, but its features are enough for this purpose and it’s just convenient to have both your video and audio in one software.

As I said at the beginning of this post, the element of surprise, things that are out of my control, turns out to be the most exciting part of this project. The video generated by Google Earth has many glitches. I keep them all in my final videos and treat them as a nice surprise and even a guide for where the audio is going. You’ll see that in my finished work.

Below are a few other interesting WIP images: 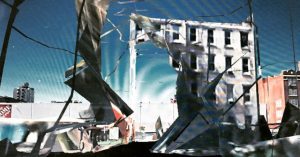 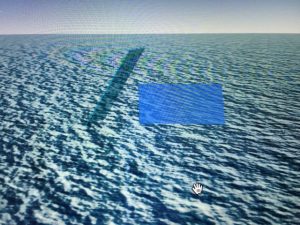