On Saturday I went to a screening of Jodorowsky’s Holy Mountain at the Brooklyn Museum. Afterwards I was inspired to make something. I found a nice image on society6 and decided to adopt the idea of layers geometric shapes resembling mountains. 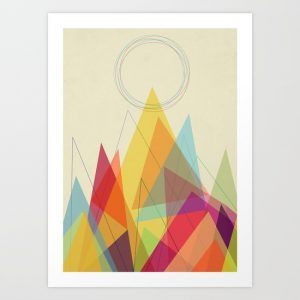 The materials I used were yellow and blue transparent pvc sheets I bought, a three-layered packaging box containing a black cardboard cover,  a brown cardboard container (open on top), and a black sponge insert. I used double-sided tape and velcro strips to hold things together. 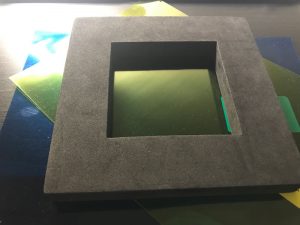 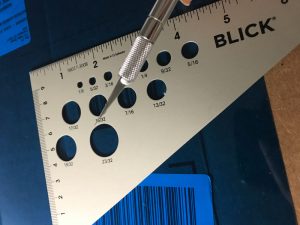 I cut the blue pvc sheet and attached it to the sponge insert to use it as a background. Then I cut the yellow pvc sheets into triangular shapes and inserted them into the sponge using the xacto knife to cut inserts. I then placed the picture inside the brown cardboard box. 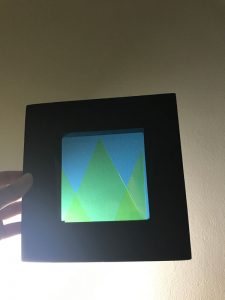 The last step was to create a cover for the whole thing. I cut out a rectangle from the original black cardboard cover, glued a yellow pvc sheet to its back, and then used velcro to attach it to the cardboard box. 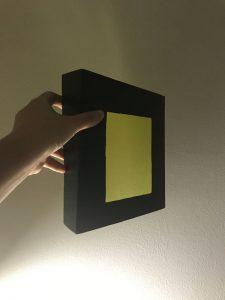 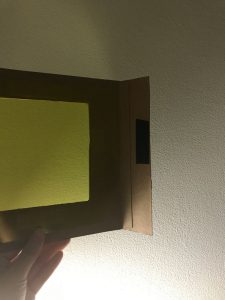 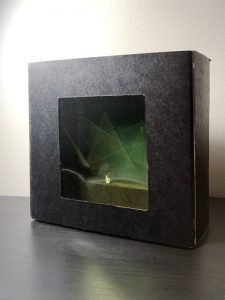 The finishing touch was adding the miniature figure I had from another project to create a sense of scale. 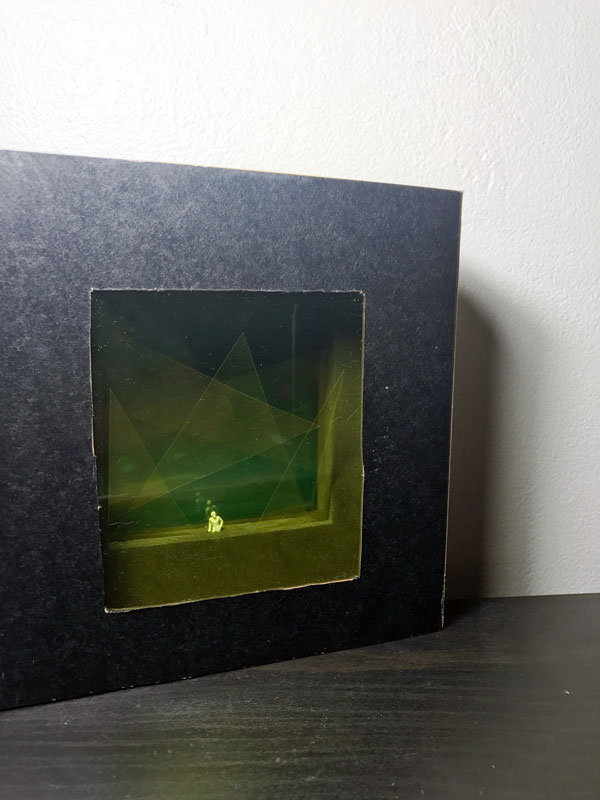 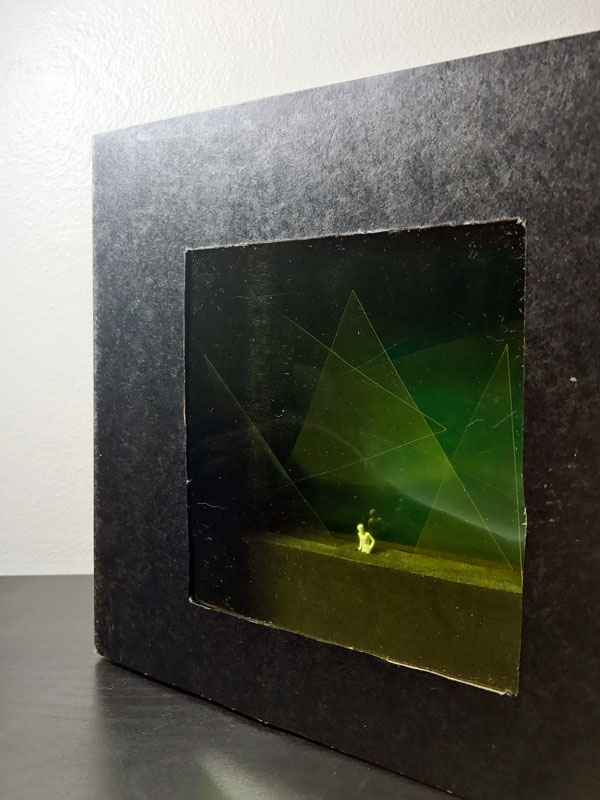