Posted at 16:04h in Art, Exhibition by carrie7l 0 Comments

“Fountain” is a video projection by artist Angie Keefer. When I saw it in the “Greater New York” show at moma PS1, I was drawn to it immediately. 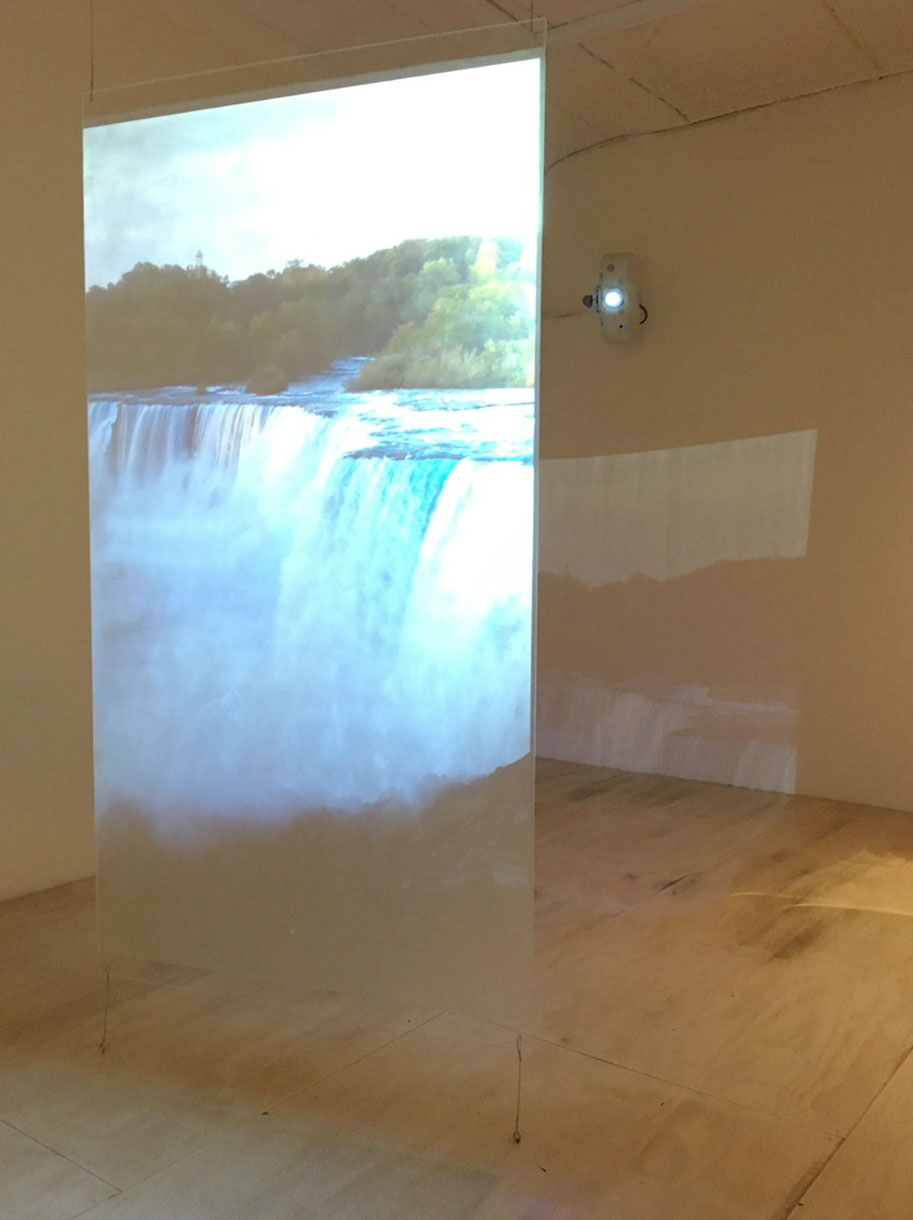 At first sight, it’s just very pleasant to the eyes, the waterfall image goes perfectly well with the transparent material it’s projected on, creating a ghosted reflection of itself in the space behind. After reading the artist statement you’ll find there’s a whole new layer of information and data behind this simple yet powerful image.

“If you stare directly at a waterfall or through the window of a speeding train for a minute then look away, you may temporarily perceive the ghostly doubles of static objects floating upward in the case of a waterfall or from one side to the other in the case of a train window. A motion aftereffect, sometimes called a ‘waterfall effect,’ is this subtle illusion of motion in one direction cased by prior exposure to motion in the opposite direction. The movement of the falls on view here is determined minute-by-minute according to the ups and downs anticipated by futures markets approximately six months ago, when traders placed bets on today’s prices for basic commodities like oil, wheat, rice, and gold.

This work is priced equivalent to the Dow Jones Industrial Average at a scale of 1 point: 1 dollar. Each time it is exhibited, a tandem essay called ‘Futures’ is rewritten and published.”