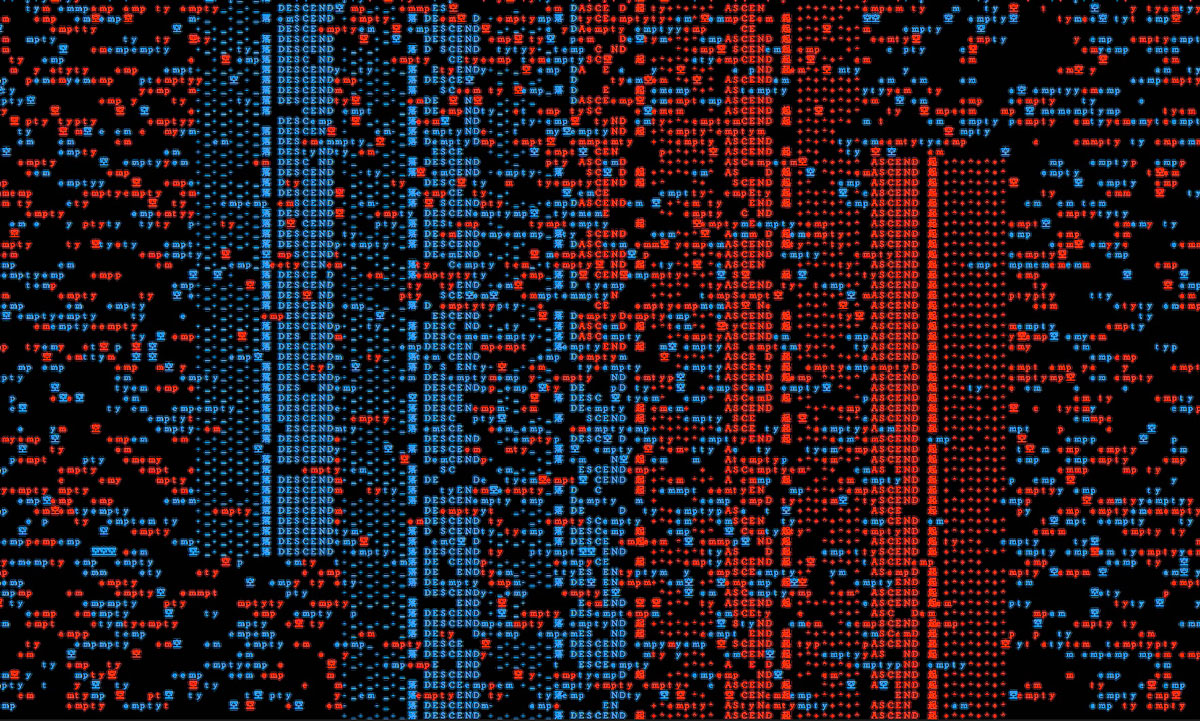 “Descend, Ascend” is a text-based animation written with Allison Parrish’s Javascript Bundle for writing ANSI terminal code in the browser. Here is her tutorial: The ANSI Terminal.

Check out the animation here, and the source code here.